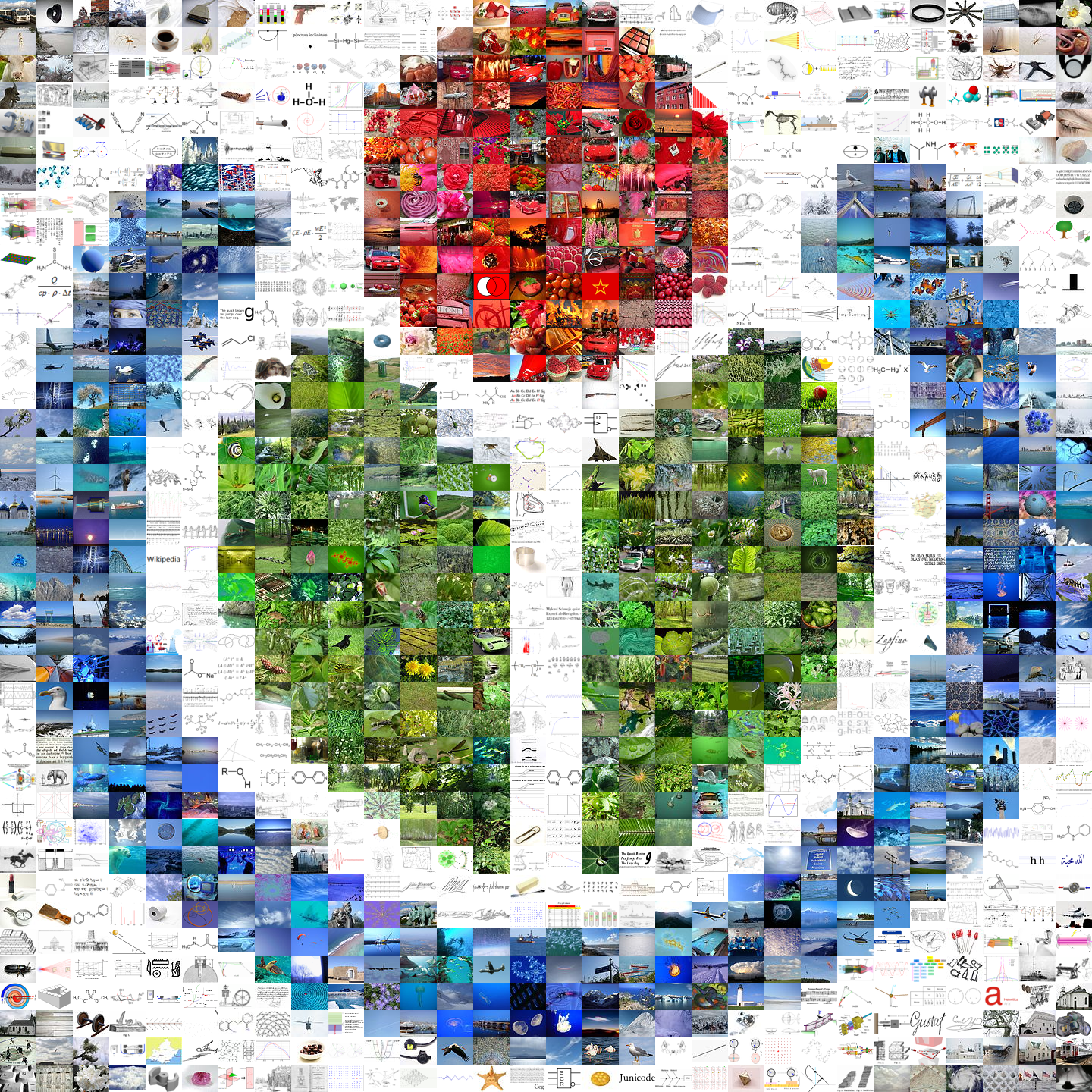 Active editors on Wikipedia nominally organize themselves using WikiProjects, gathering-places for users with similar editing interests and experiences which serve to help bind together the specific sub-populations in the Wikipedian editing community. The effectiveness of these WikiProjects, however, is highly variable. Some, like WikiProject Military history or WikiProject Video games are highly active and well-organized discussion-board-cum-communities. Some, like my home projects WikiProject Volcanoes and WikiProject Hawaii, are moderately active, but can seem lifeless at times. And some, like WikiProject Nudity (!), are graveyards.

At their best, WikiProjects help keep Wikipedians addicted: they provide friendly gathering spaces in which any of a number of users interested in a topic can discuss and coordinate their effects, creating a healthy communal atmosphere and a reason to stick with the project.

For this project I set out to try to understand the way that WikiProjects interact with one another. Some of my questions were: how many WikiProjects are there? How big are they? And how do they link to one another?

Dealing with the haphazard way in which WikiProjects organize their data turned out to be vaguely Herculean, and over the course of working through this data I had to write in logic for more cases than I ever imagined―an object lesson on how difficult it can be to clean an unpurposed dataset. My "in" was the 1.0 assessment scale ratings, which charts data for all WikiProjects. A lot of grease and a ridiculous amount of API and page requests later, I rolled up a list of (almost?) every WikiProject and their sizes. 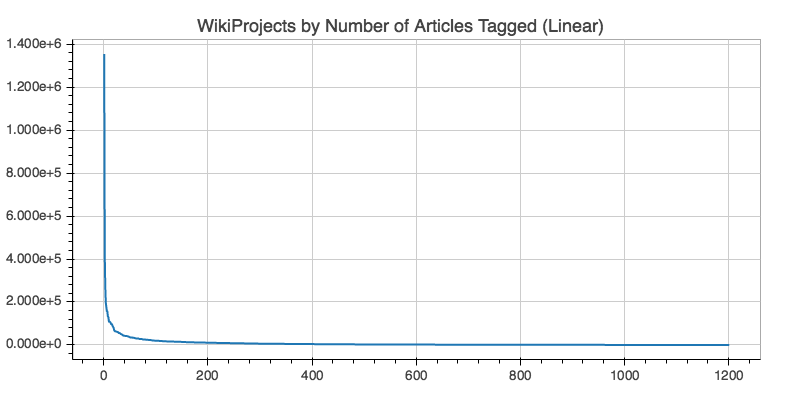 WikiProject sizes are exponential distributed: there are a few very, very large WikiProjects which dominate everyone else. Exponential curves like this one are far and away the norm amongst measures of online communities: so much so that there is a colloquial term for it, called Zipf's law, in the field of network analysis.

This graph on its own is not very informative, however. We can get a better sense of what's going on by looking at a compressed view known as the log-log plot: 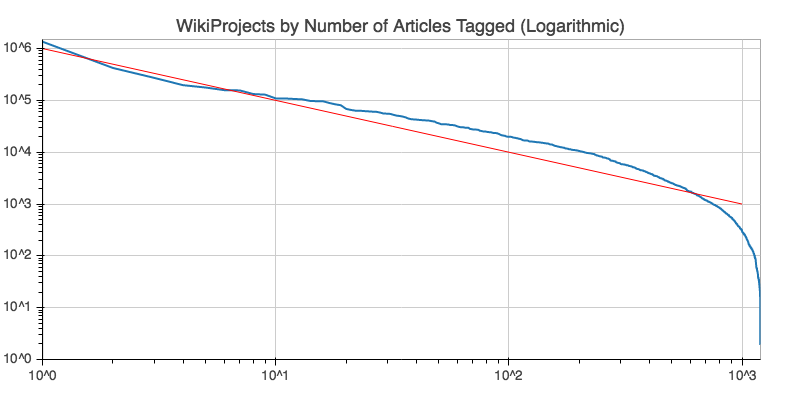 I think that this data hints at the unbalanced way in which Wikipedians organize their article tagging campaigns. To see what I mean, here are the 25 largest WikiProjects and their sizes:

Just from a cursory examination of this list you can already get a sense of the biases at play on Wikipedia. Put yourself in the midset of your typical Wikipedian: according to a 2011 Editor Survey you are overwhelmingly white, English-speaking (at least on the English Wikipedia), male, and kind of a nerd (don't knock it 'til you try it!). What types of article are you more likely to be interested in: one on your local highway in Alberta or one on a village in Africa?

And so it is that an entire continent (Africa) gets less than a fourth of coverage that the United States does, and only two thirds that of Australia, a country with on the order of a fiftieth of the population.

This list also demonstrates some of the aforementioned quirks of the article tagging system. As of writing, WikiProject Lepidoptera, an order of insects, has 98,042 tagged articles, seemingly the work of a bot tagging campaign early in the project's history. This is enough to make it the thirteenth largest WikiProject on the English Wikipedia—yet its parent project, WikiProject Insects, has just 55,644 articles.

Or look at WikiProject Military history, with 196,951 tagged articles: aren't these all a strict subset of WikiProject History, which has merely 36,324 of them?

Categorization was one of the most important meta-tasks in the early history of Wikipedia: Wikipedians then as now were very much interested in the how much and of what of their editing areas. Today the vast majority of Wikipedia articles are categorized according to WikiProject, most according to multiple ones: Shield volcano, for instance, is associated with WikiProjects in Volcanoes and Geology, while Barrack Obama has something like a dozen of them. I was interested in gauging the relative levels of overlap in content coverage for various WikiProjects. How often WikiProject Geology editors interact with WikiProject Mountains ones? How about WikiProject Alaska and WikiProject Glaciers?

The following charts, generated by sampling tagged articles and checking their talk pages for interactions with other projects, provide a snapshot of what WikiProjects interact with one another the most. WikiProjects are measured by "correlation": that is, how often, on a scale of 0 to 1, that an article tagged by the project in question also happens to be tagged by this other one.

A gallery of some of my favorites follows. 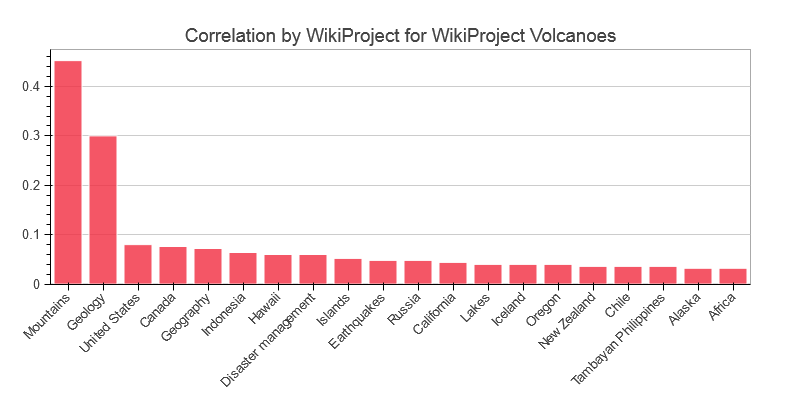 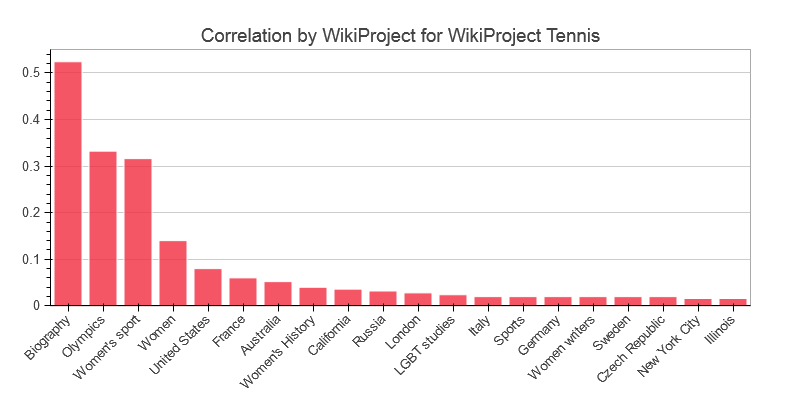 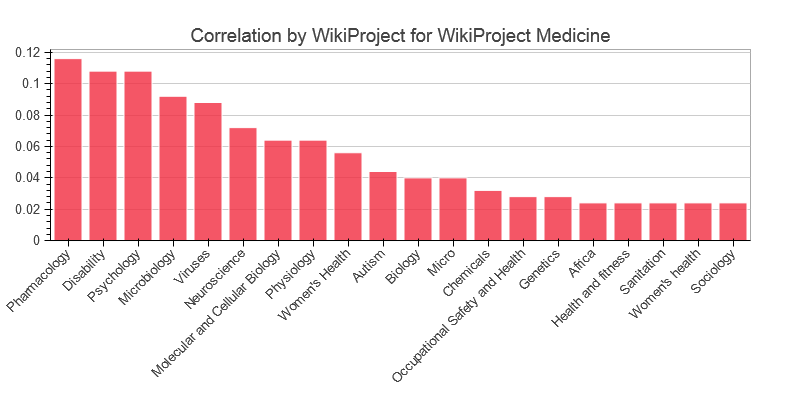 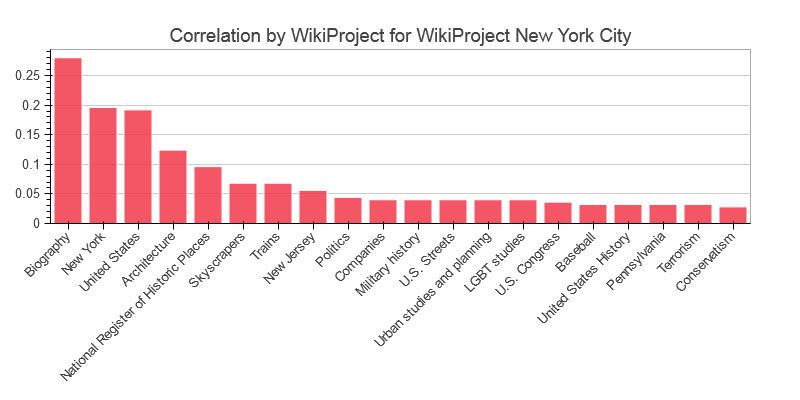 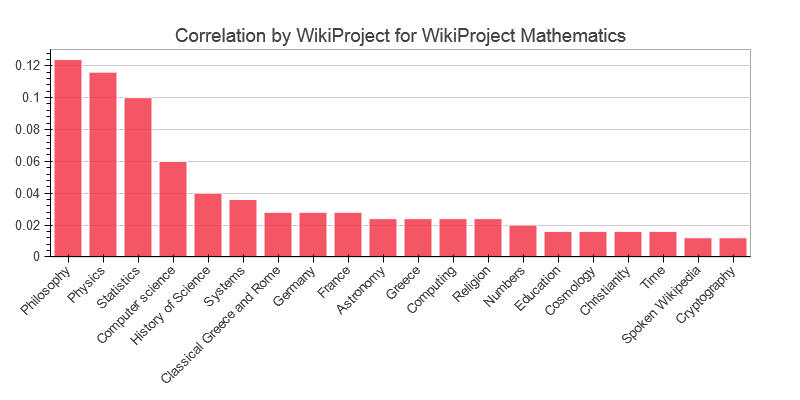 Getting an unbiased sample of articles tagged a certain way proved to be challenging, so an important caveat needs to be made: the article samples used to calculate correlation for this project are biased towards high-importance, high-quality articles.

That's all for now, folks!